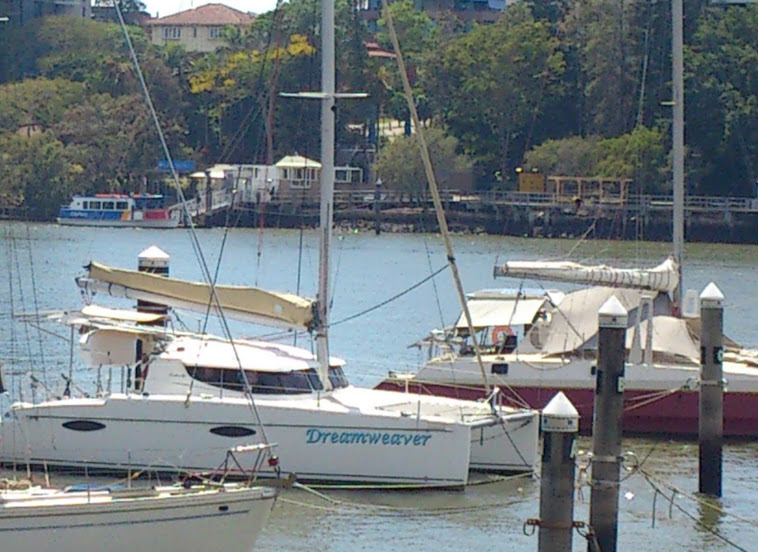 It's a beautiful time to come visit Frick . Blossoms of trees keep surprising you everyday, clusters white apple little flowers sprouted from buds. Size of apples may depend on the flowering time, the 'king flower' is the first to open and gives rise to the largest fruits. Flowers are 'raw materials' for fruit production, heavy flowering is induced by how much sun light a tree gets. To get an optimize size of apple, in 2 weeks time we will do "flower thinning", to take off flower clusters in order to trigger physiologic shock to the tree, and to stimulate return bloom and tree growth and maintain tree structure.

It also gives more stable yields and prevents "alternate bearing of apples", which means the tree doesn't bear apples for next year. It's so nice to see and admire these pretty flowers, but in an orchard, this is the fact you have to remove them, to get higher yields. Pretty sad, huh? This week we also counted number of clusters and leave bud per tree. You can tell which ones are flower buds and leave buds. If a tree has too many clusters per branch, it will bear less apples or in smaller size or not in optimal quantity. Thinning is usually done by hand, since you need to measure or check manually which clusters to remove. And for different varieties, thinning method also depend. One dwarf apple tree can bear around 155 apples, and in European market smaller sized apples are more preferred.

Just told by my colleague Corrine, that Frick is actually famous for its lovely cherries, and it's a well-know cherries production region in Switzerland. So today, me, Corrine and Tomas went cycling to this Chriesiwaeg (Cherry trail in Swiss German) to experience this spirit of cherries.
It's not far away from out house, just 20 minutes to get there. It's a bit hilly at the start, but it's "sehr schön" to bike along the meadows and passing by the cherries tree blossoms. I really look forward to the end of May, when the cherries are mature and ready to be eaten (i'm pragmatic I know :) 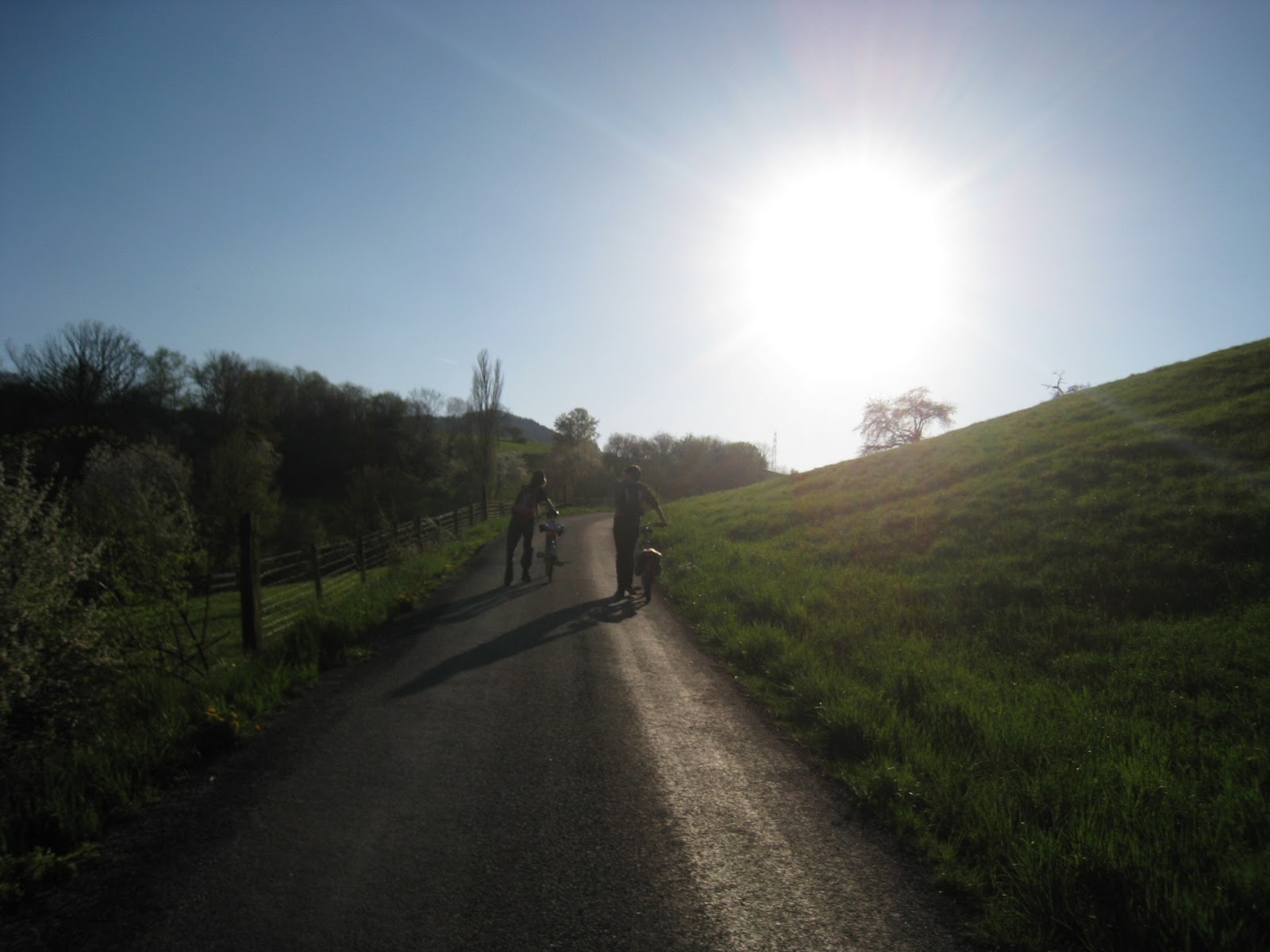 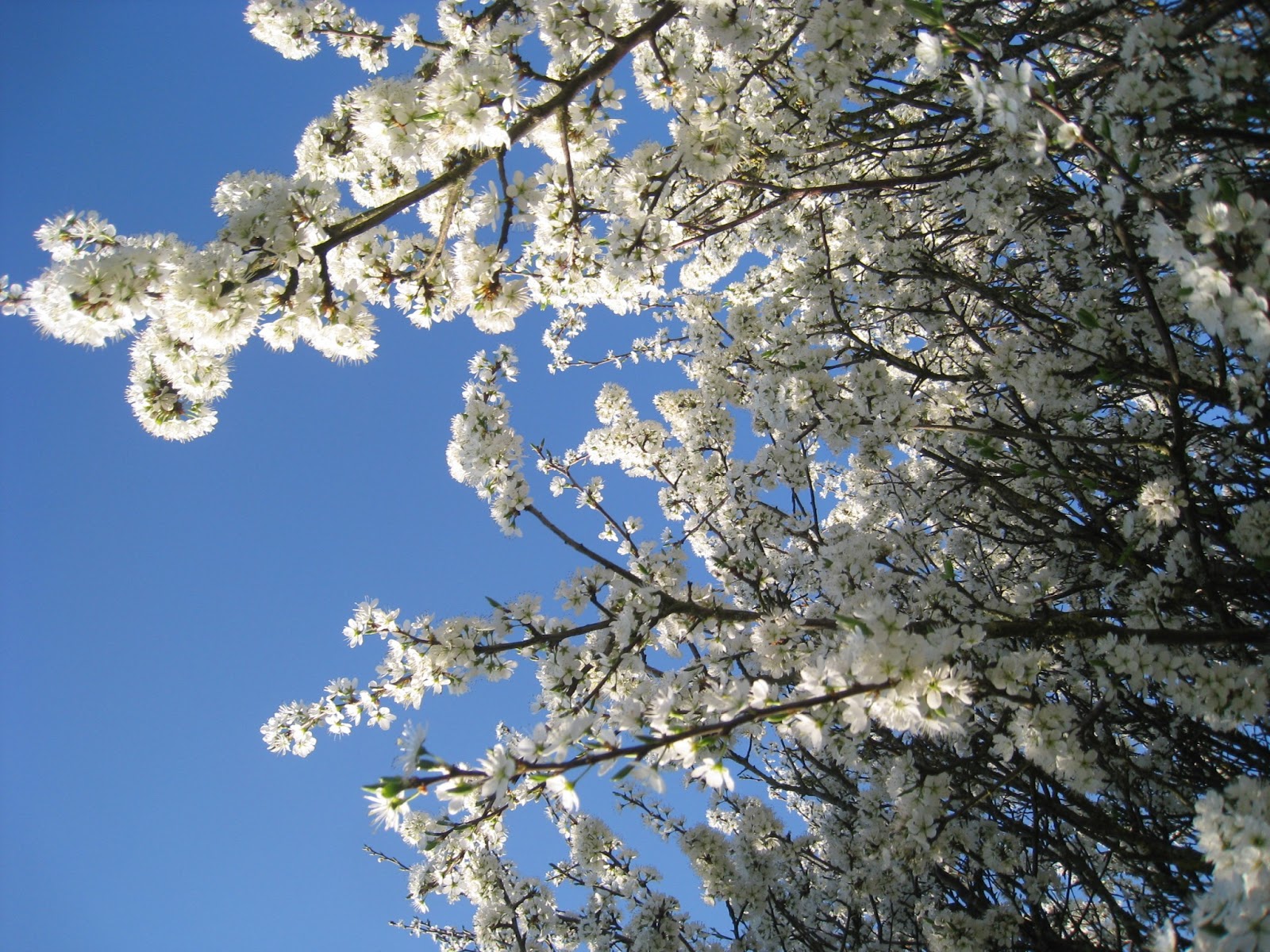 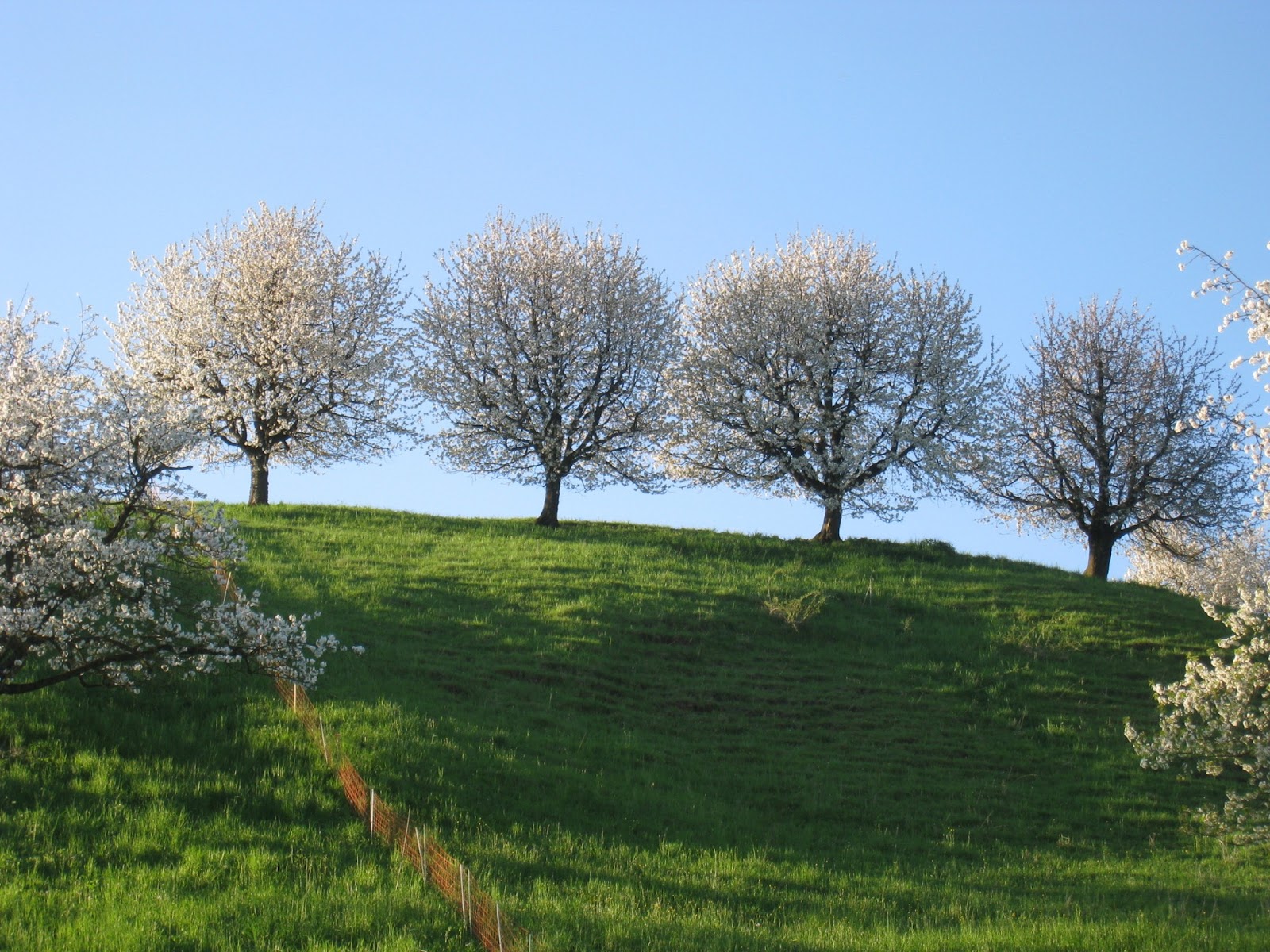 Friday is usually quite empty in FiBL. Most colleague work only 80% a week, and they can choose a day off, most people would pick Friday of course. Since this week, I started having lunch in the cafeteria almost everyday. Especially in this warm early summer weather, and in FiBL there is an open terrace for us sitting outside, enjoying organic lunch or coffee breaks under shades of chestnut  trees. As I told before, the work environment and culture in FiBL is very exceptional. You have lots of chances to exchange with colleagues, about your projects, research, or casual chats. There are many great people here, who are so experienced in organic agriculture and knowledgeable in specific topic. Everyday you talk to somebody else and always learn something new. Since there are many varieties of work here, soil sciences , animal husbandry, crop production and orchards, and test of parasites of plants. It's always interesting to encounter some research students by chance, and they probably would explain to you how they test the effect of charcoal on the growth of soy beans; how they growth fungi or spores in Bodenlabor to test susceptible varieties.

Something I like here is that everyone is willing to share, on an eye-level, not hierarchical at all, unlike the Chinese culture. You can call your boss or head by the first name, and talk to them as if other colleagues. When I first came here, I was not so used to this coffee breaks, and long lunch breaks and too much networking sometimes. As time goes by, I am used to this work culture here, and these in-between breaks are something I look forward to everyday. 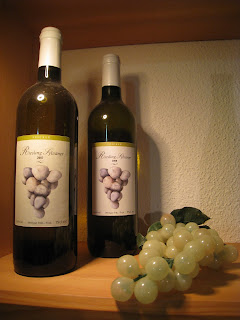 I am so happy to say goodbye to the long lasting Winter finally! Just 2 days ago it was still a bit chilly with some cold drizzles, now we have a"super sonnig" (sunny) day of the year! For the cows, today is the day they have been looking forward throughout the year, to get out of the barn and freely pasture on the green grassland. From now on, they are released to the big patch of grassland just right in front of our house for 2 hours every day. I can see how excited they are, nearly dancing and chasing after one another, enjoying the spring tasted sweetie pasture. 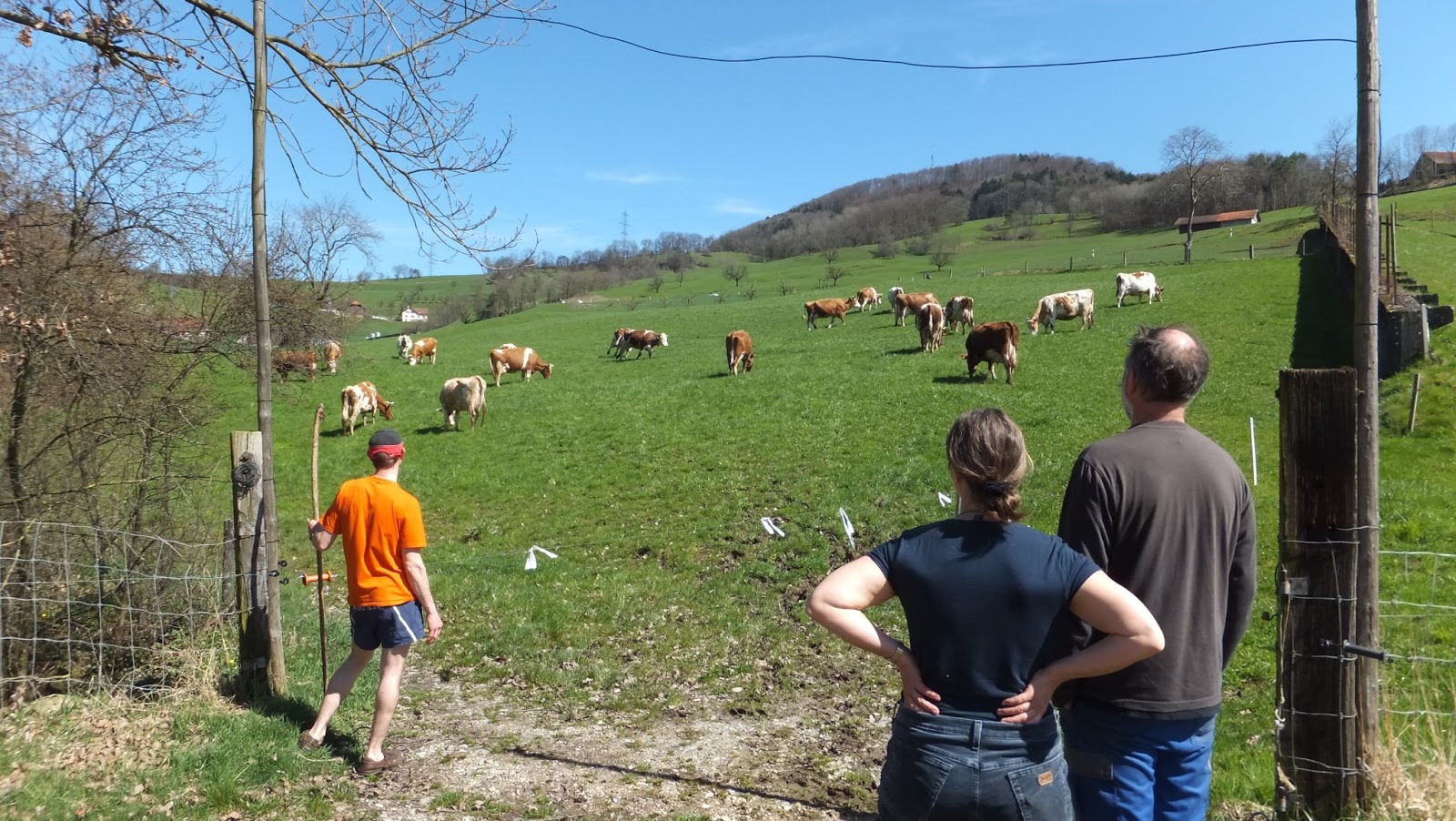 Being raised up in Hong Kong, a crowed compacted city which is well known for having skyscrapers and shopping malls, a city girl like me hasn't really imagine, one day I would see cows feeding on a grassland right in front of my house. And what I was dreaming of in Hong Kong, to have a backyard home garden to grow some vegetables and herbs, here I have them all :)
Sitting out having lunch with a couple of friends, doing gardening or some readings with birds chirping around. Wish I could stay here for long, but sadly I will leave here next month. Time flies here in Frick. It's so true what people say, happiness flies away for those who want it most.

We have a new colleague Corrine, she's working on a project in central India about farming systems comparison, between organic, organic dynamic, conventional and conventional with GM (genetically modified) . This long term field trials were set up by FiBL to test the effect of different farming systems on soil, yields, emission and yields. Back  in 1978, FiBL set up a "DOK Versuch" project in Switzerland in a small town nearby Basel in cooperation with the Swiss Confederation. Similar to the trial fields in India, it's for testing different farming systems and to prove to the local Swiss farmers the advantages of organic farming. Unlike the India project, it focuses not only on scientific research, but more like an inter-disciplinary project in cooperation with local farmers and ordinary people.

Last Friday, me and Corrine drove down to the "DOK" field with a colleague Colline from the soil group, he showed us how to get soil samples for testing the bulk density of different systems. They have four crops maize, soy beans, winter wheat and grassland, in which different fertilizers are applied on regularly.  For examples, conventional fields with synthetic mineral fertilizers or slurry; organic fields with manure and slurry; biological dynamic farming tested with manure and slurry, plus some spray solutions of plants and herbs.  GHG emissions can also be tested with these crops, like 2 year rotation grassland has the lowest nitrous oxides emission.

Interestingly, crops perform the best in the bio-dynamic system. It's a school of farming, on which the organic farming principles developed or evolved from, and it has theories on planetary influences on planting calender or astronomy elements, and its spiritual scientific perspectives.

In the morning Colline tried to explain his own experiments and gave us an overview of the trials. Then we learned to take soil samples under his supervision.What we did was to drill an auger to a certain depth from the top soil and sub soil, and sample a certain amount of soil with tools. The most difficult part is the get the right among of soil inside the sampling tube, and get the soil from the right spot and depth. Since everything here is for research purposed, it is very important to get things right, if you don't want to get wrong numbers or measurements in your experiments. Different treatments, crops, climate, soil all are control factors in the experiments, for some tests like GHG fluxes measurements, farming practices like ploughing, slight-tillage or no-tillage systems, or fertilizing, weeding methods are also critical factors.

For me it is a totally interesting thing and so much to learn. Since I took a year soil management courses in Freising, I have sort of a basic background and it's good to learn something that builds on your previous experience, not just being there without knowing anything or start from the scratch.
I told myself before, that I should learn to treasure the time here in FiBL, like a sponge to absorb more ideas or learn new things from people, from experience. But on the other hand, my own thesis project seems works out slowly, still some problems to be fixed and sometimes it's not even within my ability to solve those problems, especially the coordination works. Hope things will be sorted out later.

in a Sustainable fruit system, pest and diseases are under indirect control, that is to use disease tolerant and resistant varieties, plant flower plants in tree rows, or selected plants for hedges and use less plant protection products like sprays. Obviously, it needs more intensive management and labor work to check on the trees and for physical control, especially after the new growing season starts, good protection of young plant organs like buds, leaves, shoots and young fruits is important if you want some good looking and tasty apples this year!

Preventive works like clearing out fallen leaves sounds like a tedious job, but last year there was an outbreak of apple scab (a fungus infection) in the apple orchard and we lost some good yields. This scab spreads by wet leaves and warmer temperature, they stay and infect the fallen leaves and overwinter, wait till spring and summer they inject pathogen to the air...sounds scary right? So, we spent a day just to clearing out the dead fallen leaves, this should have been done earlier in Autumn. Probably they had too much work and were busy with controlling the scab.

We also killed off the water shoots that had grown from the bottom part of stems or surface roots, they are enemies of trees cos they uptake nutrients and compete water with the trees. Last season, they also put white paint on the lower part of tree stem to balance sun energy reflection or insulation of the upper and lower part of the stem.

There are many manual works in the orchards, if you can afford to grow it organically and extensively. Like putting weights or bending rubber strips to fix the growing angle of tree branches. For the whole afternoon, we checked tree by tree to see which branches have grown with too narrow angle. No wonder organic fruits price much higher with such huge maintenance costs.

Home. Swiss home
I have some very nice flatmates here, Simona from Bavaria and Elke from Stuttgart  previously there were Frauke but she moved out last week...I really like the simple life and time we have in this little guesthouse. Making pizzas, long night chats and the feeling of being part of a family.
The idea of WG sounds great, you have your private time and space, but when you want some fun and someones to talk to, go to the kitchen and common room! Sadly I only stay here for 2 more months, wish I could find a similar place in Freising or Munich. 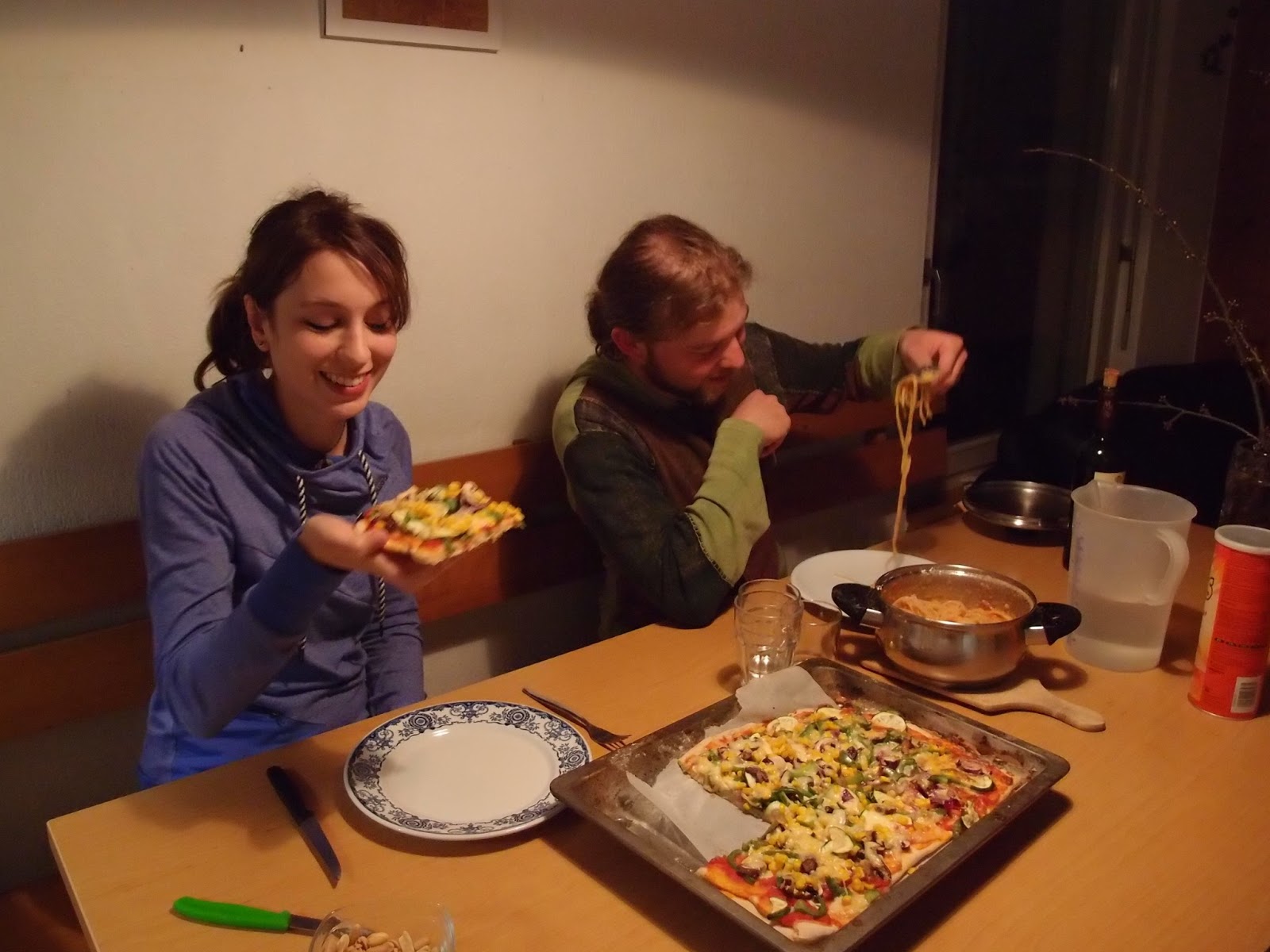 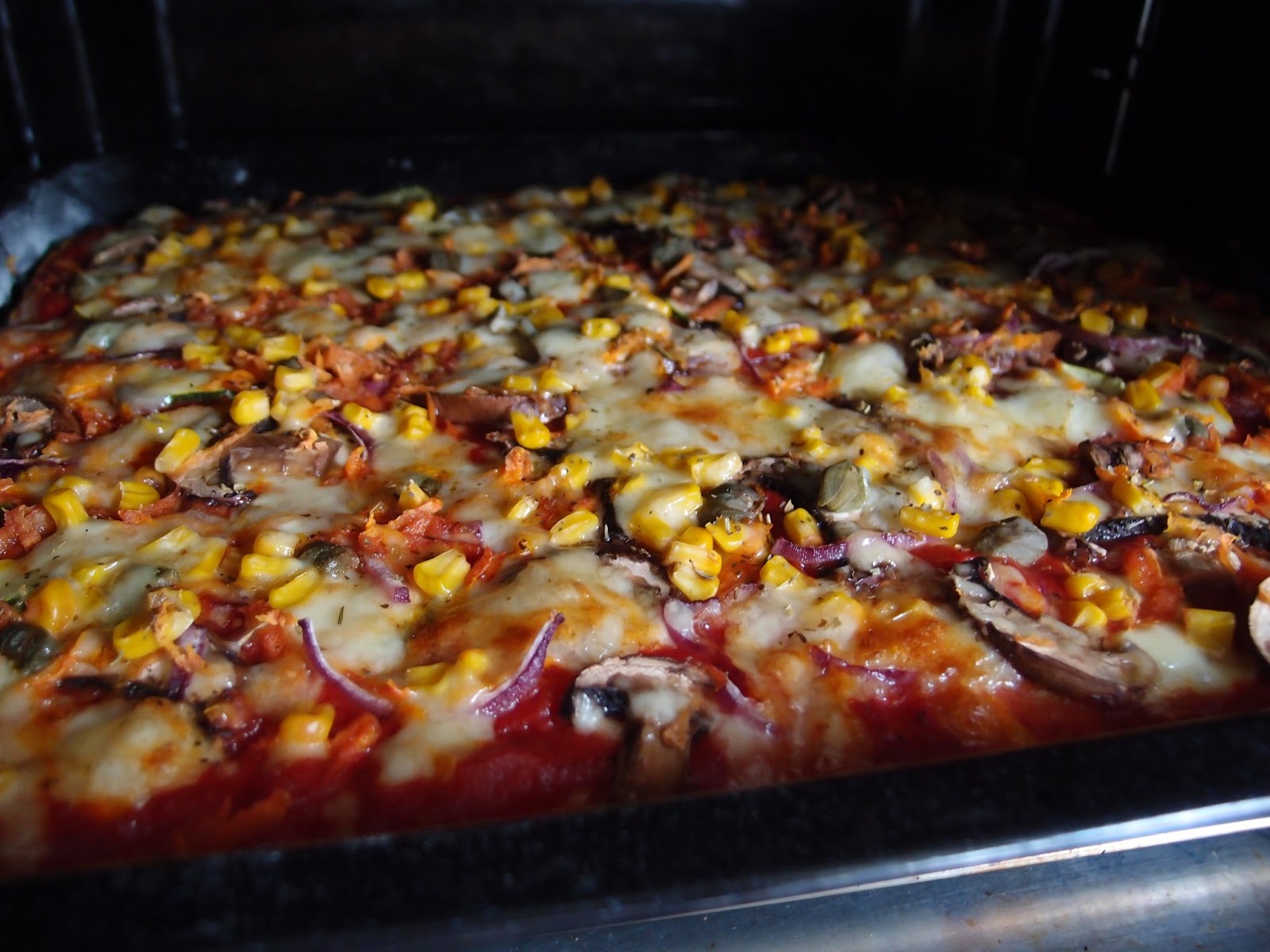 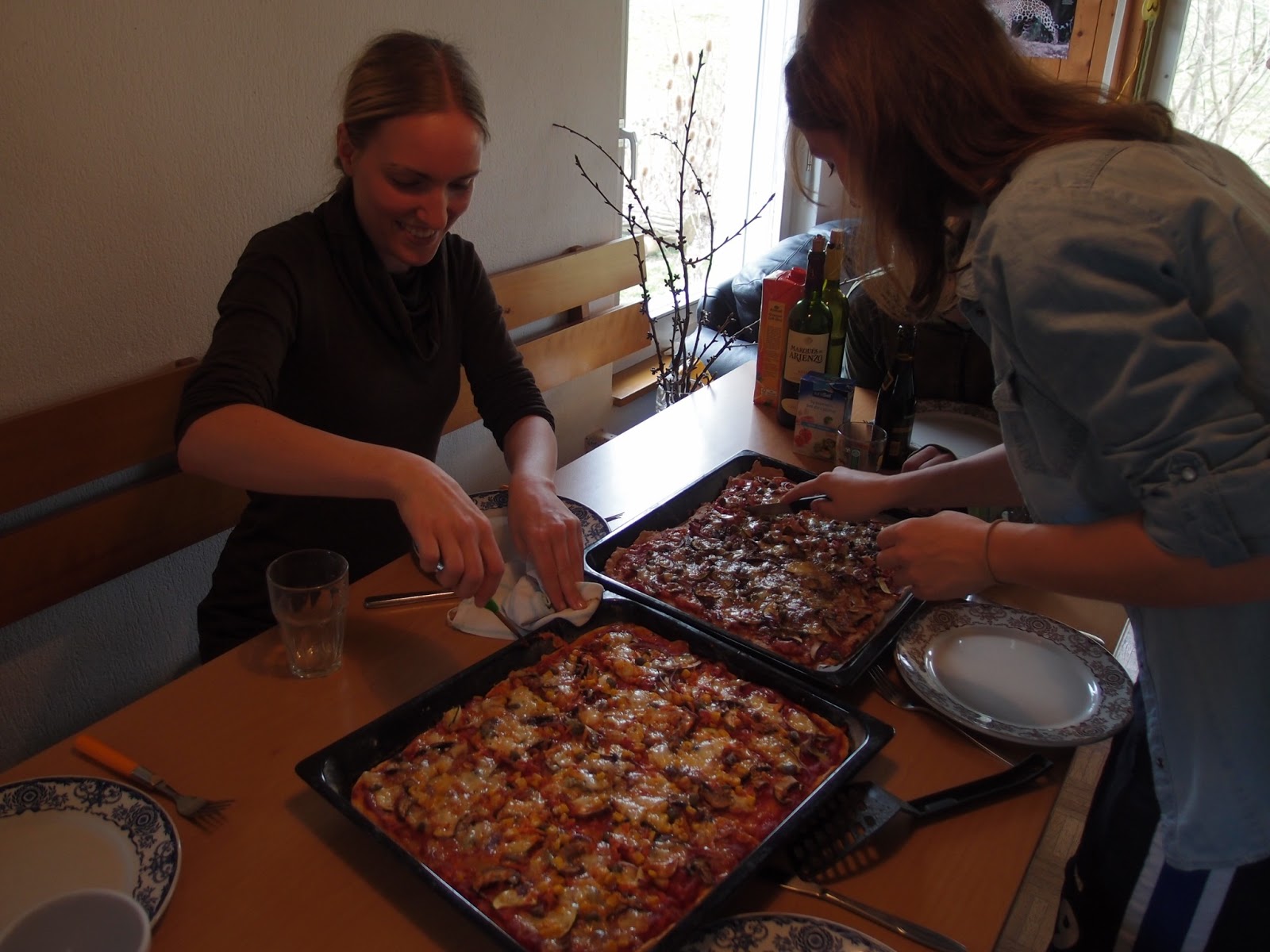